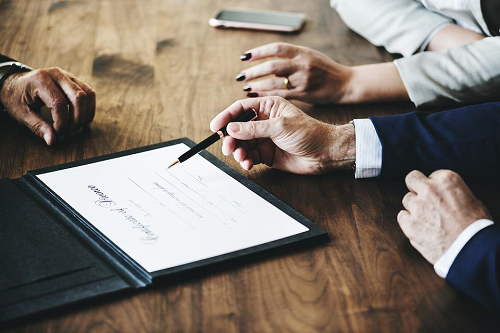 Couples who want to end their marriage have two legal options – divorce and annulment. Both of these options have several similarities and dissimilarities. Let’s take a look at the two examples mentioned below –

Case 1: You and your spouse got married six years ago. You have kids, joint bank accounts, and you also run a business together. However, lately, you realized your marriage is not working anymore, and you want to separate from your partner. You file for a divorce, but it is going to be a lengthy legal battle where you and your spouse will be fighting for your share of the marital assets (the house, furniture, car, business) as well as the custody of the kids.

Case 2: You and your spouse got married two years ago, and later you discovered he is living a secret life. He had a wife and a kid before he deceived you into a marriage. You consult your lawyer, and he advises to file for an annulment.

What is the difference between both the cases? Let us understand in detail.

(A) Annulment versus Divorce

(B) Reasons for Annulment

Either of the spouses can initiate an annulment if they have one of the following right reasons:

In a no-fault divorce, neither of the spouses is considered guilty or the reason for the divorce. In some states, the court may ask the couple to wait for a specified period for a legal separation.
In a fault divorce, one of the spouses has valid grounds for divorce. These grounds may vary from state to state. Here are some of the reasons:

Life after Annulment versus after Divorce

In case of annulment, there aren’t many issues to deal with once the law terminates the marriage. However, this is not the case with divorces. Even after a divorce, you may have to involve yourself with your ex-spouse for years on issues related to alimony, property division and raising your children.

In case of a divorce, both the parties have to deal with a lengthy legal battle for splitting their marital assets. In some states, the law allows for a 50-50 division of the combined property of the couple. In other states, the judge decides on an equitable and fair distribution that may mean one party may get more than the other.

In case of an annulment, neither of the parties are entitled to the same rights as that of a divorced couple as their marriage is considered invalid. In most states, the courts will try to restore each spouse to the financial condition they were in before the marriage.

From a legal standpoint, divorces and annulments can be complicated. Moreover, they may mean the couple will have to spend a lot of time, money and energy to undergo a lengthy process.

Both divorces and annulments can be simplified if the parties agree to end the union without any disputes or disagreements. A local lawyer who is well-versed with the divorce laws of your state can help here. If you live in Illinois, make sure you hire a competent and experienced divorce attorney Oak Brook, IL who can guide you through the process, act as a mediator between you and your spouse and help you explore your options.

Does a Short Marriage Mean Annulments Are Easy?

Quite often, couples assume that a marriage that lasted for a brief period can end with an annulment. However, this is not the case. Though many states will not grant an annulment to a couple who have lived together for a specified period, this does not mean that couples married for a short period can get an annulment. The duration of a marriage has nothing to do with annulment decisions.

How to Decide Whether You Should File for a Divorce or an Annulment?

When terminating your marriage, deciding whether to file for divorce or annulment is a personal decision. Many people prefer an annulment over a divorce to avoid the “divorced” tag or if they don’t want to take the blame. However, as mentioned above, annulments are not available to everyone as the grounds for obtaining one are very limited.

In such cases, couples should decide whether to separate or file for a divorce. In some states, the law may ask the couple to stay married for a specified period before they can obtain a divorce. For example, couples filing for divorce in California are required to stay together in the state for at least six months before the trial begins. In such a situation, a couple may want to get legally separated for a period before filing for divorce.

Before you file for divorce or annulment, it is crucial that you familiarize yourself with your state laws related to both these options. You will need an attorney who has relevant experience in handling both types of cases in your state so that you can avoid spending an insane amount of time, money and other resources in the process.