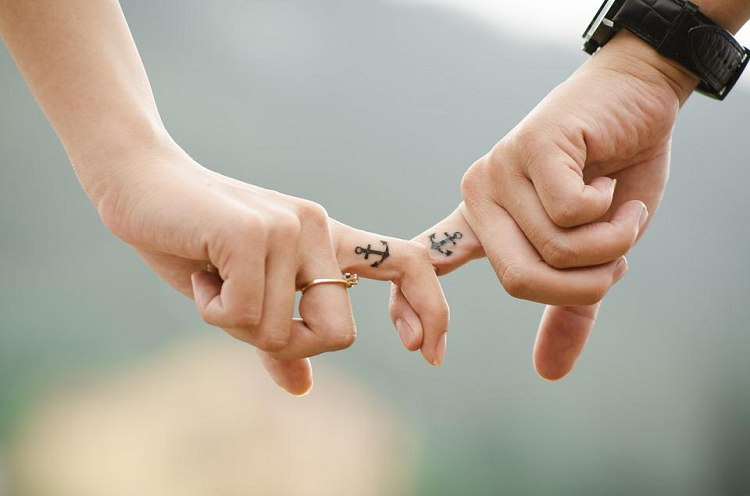 For long, it was believed that about half of the marriages in the U.S. end in divorce. However, this is a long-standing, depressing myth that stemmed from surveys in the late 1970s and the early 1980s after the introduction of no-fault divorce. The data has been blatantly repeated on texts ever since.

The drop in the divorce rate indicates that there are ways to strengthen a marriage. Let us have a look at five steps couples can take for a happy marriage and reduce chances of divorce:

1) Maintain the “Magic Ratio” in Every Argument

What Is Positive Interaction?

Dr. Gottman’s research suggests that loving moments like holding hands, making eye contact when talking, and listening and agreeing to each other are examples of positive interactions. In the middle of a difficult conversation, if one partner holds the hand of the other and makes a comforting statement, the tension is likely to reduce. The display of affection proves that the other person is listening and is willing to work things out.

What Is Negative Interaction?

Gottman suggests that an argument should start less like an argument and more like a discussion. Start the conversation with positive remarks rather than criticism and sarcasm. According to David Ludden, a psychology professor, couples should consider constructive feedback over criticism. If a certain habit of your partner makes you unhappy, talk to them calmly about your feelings and explain how their behavior upsets you. Then give inputs on how the problem can be fixed. Make use of positive interactions when offering your feedback.

2) Empathize with Your Partner

Sometimes, when one partner shares their feelings or emotional struggles in the relationship, it doesn’t mean that they want solutions. They simply want non-judgmental listening and empathy. They want their partner to acknowledge and validate their feelings.

Remember, validation doesn’t necessarily mean that you agree with your spouse. It simply means that you understand and respect their feelings. Even though you disagree with your partner’s perspective, you are making them trust you and being more open to suggestions and feedback later by expressing empathy.

If your partner is upset over something you said or did, then take responsibility and apologize. A simple “I am sorry, I hurt your feelings” rather than justifying yourself shows your strength and dignity. According to Gottman’s research, repairing negative interactions is one of the most important relationship skills.

“Physical touch has several benefits including increasing trust and attachment between partners,” says Anita A. Chlipala, author of “First Comes Us: The Busy Couple’s Guide to Lasting Love.”

How often do you hold hands with your partner, cuddle with them, give them a good night kiss or hug them when they come home from work? These small instances of physical touch show your affection towards each other and are recommended both, in a conflict and outside it.

Physical touch is not only about sex. It comes in several forms – cuddling, back rubs, holding hands, hugs, foot massages, and caressing. Physical touch is crucial for a happy relationship and makes partners feel close. According to researchers and authors Dr. Charles and Dr. Elizabeth Schmitz, “To touch someone you love is to acknowledge their presence and communicate your desire for them.”

According to a survey by Ramsey Solutions, money is the second leading cause of divorce. The survey found that the larger the debt taken on by a couple, the more likely they are to fight over finances. Couples who said they have a great marriage were twice as likely to talk about money daily or weekly.

In an interview with Forbes, David Bach, author of “Smart Couples Finish Rich” said that the main reason couples fight over money is that they marry their financial opposite. “You are either born to save or spend and financial opposites attract. That can lead to enormous power struggles and trust issues and regular fights,” says Bach.

According to author and financial planner, Jeff Rose, couples can take these four steps to change the way they deal with finances:

5) Accept What You Can’t Change

You and your partner are two different persons with different tastes, habits, interests, likes, and dislikes. You can’t expect them to act and feel like you. If you are perpetually fighting with your spouse on issues that are rooted in their personality, the chances of those problems ever being solved are rare.

John M. Gottman says that 69% of conflicts in a marriage are never solved. Couples fight over the same issues over and over again. Most of these problems arise because of difference in personality and lifestyle – one spouse is always late and the other is punctual, one is a cleanliness freak and the other is messy, one has a higher sex drive and the other doesn’t, and so on.

Anita A. Chlipala says that these problems need to be managed and not solved because they are not going to go away. If you continuously nag and build negative pressure on your spouse to change, they may do so for a temporary period, but in the long term, they will become resentful.

However, this behavior doesn’t stand true for issues like drug abuse, disrespect, and infidelity. If you are facing any of these problems in your marriage, perhaps it is time for you to call it quits. If you live in Wheaton, Illinois, consult a local Wheaton divorce lawyer who can offer sound advice on whether you should go for marriage counseling or get a divorce in accordance with the laws applicable in your state. The attorney will also help you understand the entire divorce process, from your rights and division of property to child custody.

It is the responsibility of both, the husband and the wife to resolve differences and strengthen their marriage. Building a happy relationship is a continuous process and requires proactive measures from both partners. However, if you face marital challenges that remain unresolved, don’t hesitate in getting counseling or couples therapy. Sometimes professional help can be the most effective step to save a marriage.